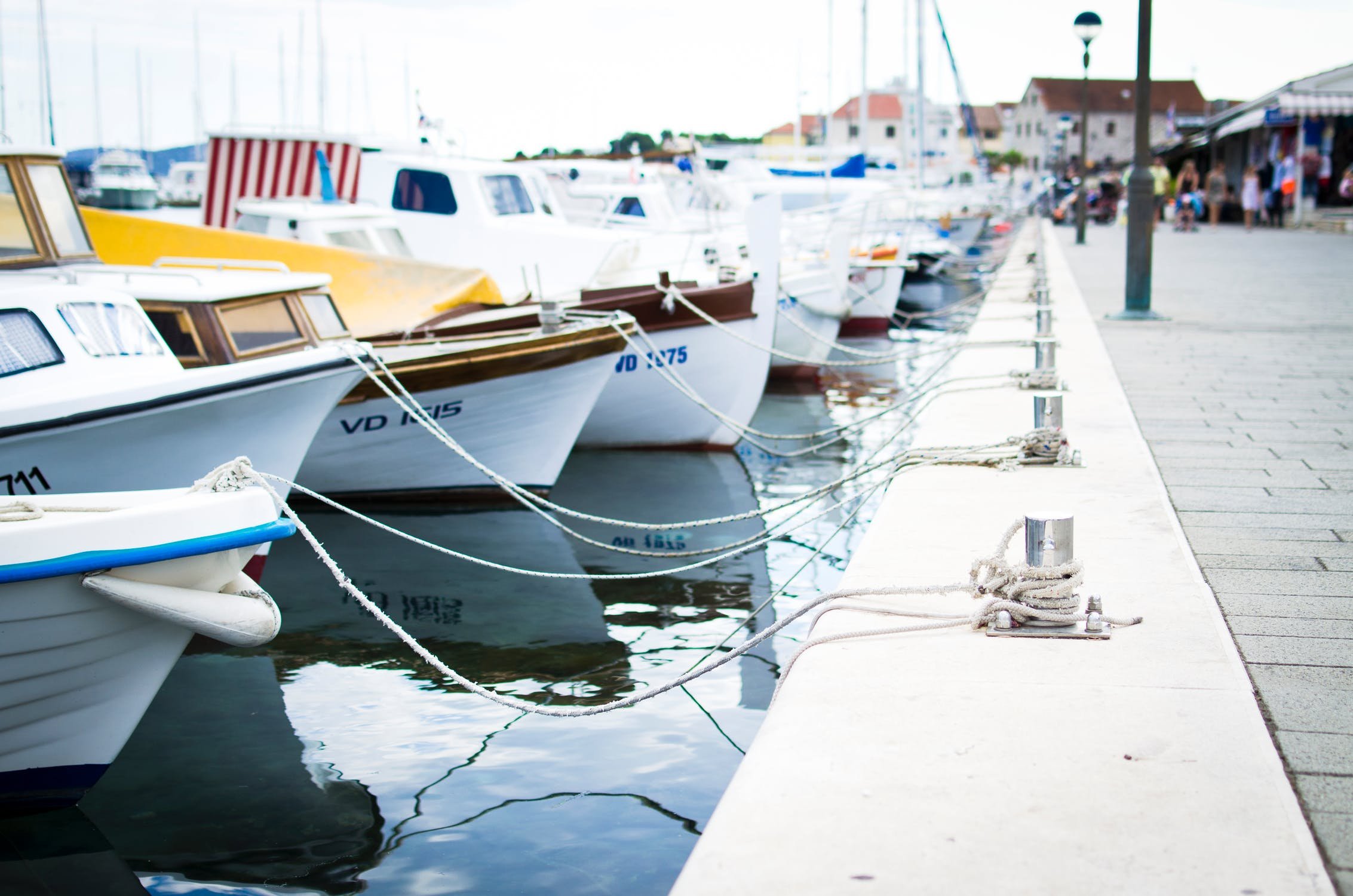 Many people go boating to spend time on the ocean and see all its natural beauty. But the sea is full of oddities as it wonders. Some of these can be looked for while experiencing others are just the result of luck. Here are some of the strangest things you may see while at sea, where they exist, and why they happen.

A Green Flash on the Horizon

What it is: At the moment after the sun sets, or the moment before the sun rises, the atmosphere along the water can act as a prism and separate the sun’s colors. This results in a 1-2 second view of the color green, as the tip of the sun is just visible beneath the water.

Where to see it: From a beach or boat, anywhere you can see the ocean horizon on a clear, calm day. Be certain that you are watching the exact location of the sunrise or sunset.

Rarity: Unusual but not impossible to see. Photos have been taken of the phenomenon, and places like Hawaii, Key West, and the California coast will have certain beaches where people gather to catch a glimpse.

What it is: A large number of plankton produces their own light source, which is visible at night, particularly when the waters are stirred. This creates a beautiful blue or green glow in the water, everywhere it is agitated. Because of this, sports like canoeing, kayaking, paddle boarding, and snorkeling can be eerily beautiful on summer nights. Most small creatures are believed to use this as a defensive technique. From below, it can match the light shown by the moon and stars, making them invisible. If an animal swims through a large group of plankton that illuminate, it also makes their silhouette visible to larger predators.

It is important to note that a number of larger ocean creatures use bioluminescence to lure prey, confuse predators, signal mates, and for other unknown purposes, but the term is most commonly used to describe the lighting of an entire section of water due to planktonic activity when disturbed.

Where to see it: Most saltwater areas during summer nights, particularly after a hot spell, as this triggers a good-sized plankton bloom. The best places to get the full effect are far from city and dock lighting.

What it is: This is a mirage that appears in the sky above the distant horizon. Air ducts based on different layers of temperatures can create a refracting lens, much like that on a projector, and distort or enlarge the image many times. Items just beyond view along the horizon are projected up into the sky, and distorted in size and shape. People who see this phenomenon end up seeing giant ships sailing on the clouds, or high distant bluffs that appear and turn out to be a flat coastline.

Where to see it: The Fata Morgana can be seen anywhere you can watch for a long distance without any visual intrusions. This includes oceans, lakes, polar regions, and deserts.

Rarity: Medium. Mirages can happen as often as a temperature inversion in an area with no vision obstructions. It is important to note that a mirage is much like a projected movie — it is not a hallucination where everyone sees something different, but more of a movie screen where temperature currents are repeating images onto distant points. Of course, if there is a mirage, and no one to witness it, does it really happen?

What it is: This natural phenomenon happens during some thunderstorm and electrical storm events. The air around long, thin items like masts will ionize as a result of the charge differential that exists between the ground and the air, and as a result, take on an eerie glow. This glowing matter surrounding the mast, bowsprits, and other long items is considered plasma, which physics defines as the fourth form of matter. This is most clearly seen on items with this shape, because electric fields are more concentrated at areas of intense curvature, and the electrical discharges that ionize the air are more intense. St Elmo’s fire is not limited to the sea, and has been occasionally seen on church steeples, treetops, aircraft wings, lighting rods, and even the horns of cattle.

Where to see it: On rounded, long, thin, upward-pointing objects during a thunderstorm. The more severe the storm, the more likely you are to witness it. However, standing under a tall, thin object during a thunderstorm may ensure that this is the last thing you ever witness.

Rarity: Common sense and safety suggest you not go searching for this particular phenomenon.  If you are in a situation where a storm cannot be avoided, try and watch from the safest position possible, to avoid electrocution. St Elmo’s fire is often a sign of an impending lightning strike.

What it is: This is a rare but repeated meteorological event where flightless animals are picked up by strange weather conditions like winds, waterspouts, or tornadoes, and deposited on a nearby land mass. Though this happens most often with fish, it has been observed with several other species, such as the well-known plague of Egypt where it rained toads, as well as toads, frogs, jellyfish, worms, spiders, and even pieces of a cow in California in 1869. Tracking the locations, it seems to only appear in places that are influenced by the winds of either oceans or deserts, as large areas without vegetation seem necessary to create the conditions. The appearance of the landform is believed to bring the animals back to earth, the way a coastline brings rain evaporated from sea back to Earth. The exact weather phenomenon that causes this is unknown, though more than 20 different worldwide occurrences have been noted. With rare exception, the animals return to land disoriented, but most often alive.

Where to see it: There is no rule to this, as it seems to happen in areas near a coastline all over the world, with no predictable frequency or location. If you would like to celebrate the phenomenon, however, the town of Yoro, Honduras has an annual Lluvia de Peces (Rain of Fish) celebration to mark their own rain.

Rarity: Incredibly rare. Not all scientists believe it, despite the high number of reported events that have occurred just since the year 2000 (at least ten as of February 2014).

What they are: This is an old expression that describes the Intertropical Convergence Zone, a region of low pressure along the equator where there are few prevailing winds. The hot air that exists at the equator rises so quickly that winds are rare at sea level and exist mostly high in the atmosphere. This region is bordered by the horse latitudes, which is believed by some to be named because this was the point where sailors would run out of supplies, and would have to throw their livestock overboard rather than share water and food with them.

Where to see it: At the equator. Boats solely under sail can get trapped here for days to weeks, even now.

Rarity: Though the specific days when it will happen it is as predictable as the weather, if you spend enough time at the equator under sail, you will end up in the doldrums.

What they are: These are flaws in the earth’s magnetic field where a compass does not necessarily point to magnetic North. These may be due to high concentrations of magnetized earth. They not only can disturb the navigation of boats and airplanes, but the migratory patterns of birds can also be misdirected by these areas. It is believed that many of the shipwrecks and plane crashes in the Bermuda Triangle are due to a particularly high number of magnetic anomalies in the area.

Where to see it: Anomalies exist periodically everywhere on earth. There seem to be more in areas where tectonic plate edges are present, and the magnetic alignment of hardening sea floor lava was an important part in developing the theory of plate tectonics.

Rarity: Not that rare, but definitely more important to know about at sea than on land.  Since most people navigate by road and not compass on land, anomalies are most often overlooked. At sea and in the air, however, they can cause much more damage. A good nautical chart will take account of the anomalies in your region.

What they are: When sea ice freezes, the fresh water is pulled into an ice form, and concentrates the leftover salt brine. This brine is heavier than the surrounding water, and often pushes downward in channels or tunnels. As the brine gets lower and cooler, it will actually freeze any new seawater it touches upon contact. During particularly cold events, this brinicle will travel all the way down to the sea floor, where it will freeze and kill any creatures too slow to be able to get out of its way.

Where to see it: Areas with sea ice and shallow waters.

Rarity: Not that rare, but the ability to actually witness this underwater is unusual. The BBC has a great video in their Frozen Planet documentary of the phenomenon.

What they are: Active rivers are known for having areas of backflow that run counter to downstream. Between these two areas of flow are whirlpools, called eddies. These eddies can, on cold days, freeze over in a way that they create a distinct, perfectly circular disk of ice not connected to the rest of the river or stream.

Where to see it: Streams and rivers with the good flow on chilly days.

Rarity: Not common, but not unusual. There are a large number of these phenomena that can be found online.

As you can see, the ocean is a great place to begin your search for all things odd and beautiful.  The more time you spend boating, the more amazing and strange phenomena you are likely to see, from bizarre sea creatures to strange weather events. Talking to boaters, it becomes clear to most people that the more time they spend on the ocean, the less they understand, but the more that they want to.